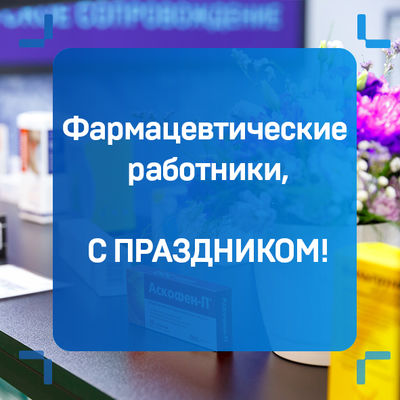 Another reason to congratulate our customers-those who are connected with the pharmaceutical industry.

Last month, the Russian Ministry of Health proposed making May 19 the Day of the Pharmaceutical Worker. It will now be celebrated by pharmacists, pharmacists and other employees of the pharmaceutical industry.

The date is timed to an interesting historical event. 440 years ago on this day, with the permission of Ivan the Terrible, the first pharmacy was opened in Russia. It not only sold medicines, but also engaged in their production. Therefore, congratulations to those who produce medicines!

According to historical facts, the first such institution was called "Upper Sovereign Pharmacy" and was located on the territory of the Moscow Kremlin, where only the royal family was served.

The organizer of the pharmacy was appointed by the English pharmacist James French (Yakov Astafyev), sent by Queen Elizabeth I at the request of the tsar. In Moscow, they brought about 160 names of overseas drugs

Contact Us
Purchase order
Order calculation
Thank you for your order!

Our manager will answer you during the working day.